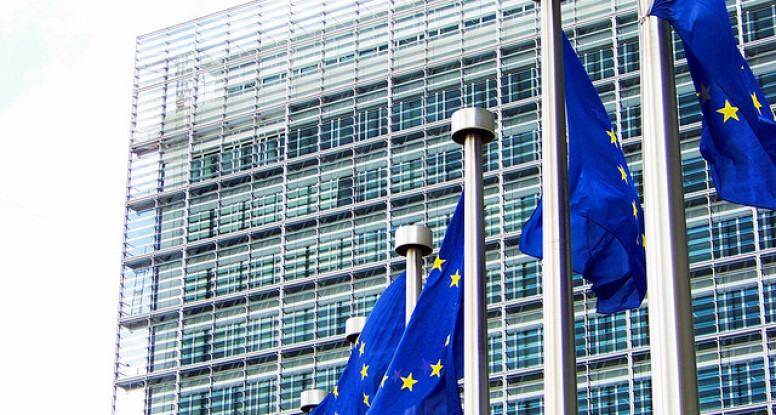 For the past 5 years I have been living in the capital of great beer, chocolate and waffles-Brussels.

I moved here after studying all over Europe and working in the UK with my Belgian husband, after we decided that weather in his home country is still slightly better than the constant winds and rains of the beautiful city of Edinburgh, where we worked after our graduation.

Besides its significant contribution to the world’s gastronomy, Brussels, which hosts European Parliament, Commission and various other EU governing bodies, is considered the un-official capital of Europe.

Those institutions employ over 40,000 Eurocrats from 28 member states making this rather small (for a capital) city truly multi-lingual, vibrant and cosmopolitan.

Based on my background, as a life and career coach in Brussels providing services to international professionals here and all around the globe, I started targeting the corporate crowd and not the ones employed by the public sector.

Couple of months ago I decided to expand my reach with a new advertisement on one of the local expat online resources and was quite surprised when almost directly I started to receive quite a lot of requests for coaching coming from this platform.

As I said most of my previous clients were from the corporate world, so after having several initial consultations it was quite interesting to find out, that most of the new requests came from the employees of EU institutions.

Being well educated, multi-lingual and very ambitious they came to work here attracted by the EPSO (European Personnel Selection Office), promises of challenging and interesting career and meaningful job that should have a positive impact on lives of people in Europe and the rest of the world.

After couple of years they realized though that the only things they actually liked about their jobs were high salary (also due to taxes exemptions), solid benefits package and long holidays.

Being driven only by external rewards significantly decreases motivation, efficiency and creativity to the extent that people don’t understand anymore what and why they are doing at work, and wondering if another policy they produce has any impact after all.

Interested by the subject, I decided to delve a bit deeper… Multiple Glassdoor reviews of European Commission, only mention money, benefits, work-life balance and pleasant multi-cultural environment as pros.

Almost nothing about exciting and interesting projects, challenging assignments, and continuous learning. The ones who are more or less positive are interns who had 6 months contract and did not manage to stay longer to have the post newbie experience.

As you might imagine, all these have an extremely negative influence on the high-educated, talented and driven people who initially got in the institutions to positively influence the political, economical and social scenes of Europe. After couple years of work, most of them become bored out of their mind, frustrated and demotivated.

So why on earth don’t they just go back to the private sector or launch their own project?

Well, living in the “Euro Bubble” becomes extremely comfortable very quickly, and getting out to the real world seems scary. Eurocrats doubt they can find similar pay and conditions anywhere else and have standard of living they have already got used too.

And they probably are right, at least in the short term. But isn’t living a passionate and fulfilling life worth taking a temporary paycheck cut?

As a life and career coach in Brussels, I am very happy to see that some of them nevertheless are looking for a change and don’t want to turn into their long-term EU colleagues whose sole focus has little to do with actual work that matters and is more about lunches, cocktails, family, long weekends, gossip, holidays and hobbies.

It is exciting and gratifying to see my client’s confidence coming back, revitalizing to hear so many great ideas and ways to implement them for the greater good than they originally were striving for.

And I’ll end up by quoting Steve Jobs here:

“Being the richest man in the cemetery doesn’t matter to me. Going to bed at night saying we’ve done something wonderful… that’s what matters to me.”