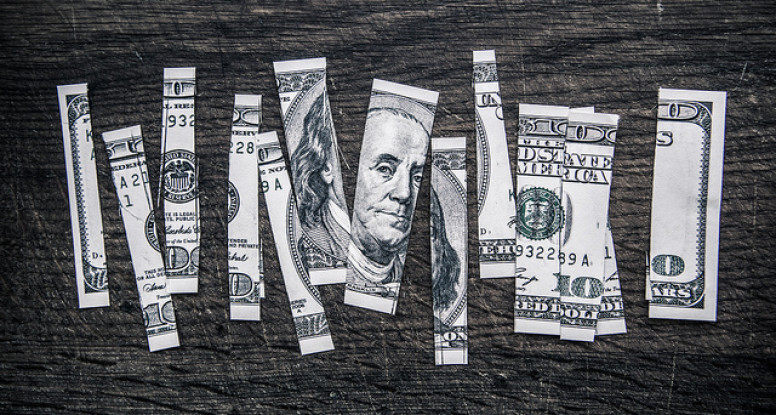 Why choosing a career for money is stupid

I hear more and more from friends teaching in high schools and universities telling me that generation of young graduates are mostly motivated by materialistic rewards and all they want when out of Uni is a high paid and prestigious job.

While I am sure that there are plenty of young specialists choosing their career based on true interest and passion, I remember on my own example that highest paying job possible has been my primary motive after graduation.

I also keep seeing multiple examples of employees in their 30s and 40s who based their past career choices on similar reason as me. And who now have well paid positions, however for some reason are far from coming across as happy and satisfied human beings.

And they all say that they would love to change to something more interesting and engaging but now they are way too used to certain standards of income.

And this can be understood-at this age you usually have a mortgage, nicer car (to match your prestigious job status), children school fees, so it’s much more difficult to get off the high pay needle and going to withdrawal even for some time scares the shit out of them. I have had to go through this internal fight myself and know that it’s not easy.

This could be avoided if most of us would see beyond the sum on the paycheck, exclusive corporate perks and stable career. And instead make our choices based on our passion and genuine interest in the job field.

So why choosing your studies and your career just based on highest pay will sooner or later lead to the dead end?

In his famous TED talk “The Puzzle of Motivation”, Dan Pink gives great examples of various research which have proven that money increase people’s performance only for simple tasks with clear set of rules, because monetary reward narrows the focus and concentrates the mind, which is great for such activities.

However, as soon as task involved even tiny cognitive skill the higher reward led to the poorer performance. And I guess you agree with me that our jobs at the moment have nothing in common with conveyor type of work, where everything is simple and clear. Usually our work requires extensive problem solving and creative skills on a daily basis.

Motivation has been a very popular subject in the past couple of decades so multiple studies done by Sam Glucksberg, Dan Ariely, London School of economics, etc. They all found out that financial incentives can result in negative performance and lack of motivation.

And this is not at all to say that we should all suddenly go for minimal wage to become better workers and happier people. This is to show that you can keep your motivation, improve your performance, only when you are genuinely interested in your work, know that it matters, enjoy dealing with challenges it provides and strive to improve your mastery.

And this is true for people from different countries and backgrounds. This is just how human beings are wired.

A more recent research by Yoon Jik Cho and James Perry, analysing 200,000 people working in the U.S. public sector confirmed that employees are three times more engaged when motivated intrinsically (by sense of purpose, manager’s trust, etc.) than extrinsically (by money). In addition, when employees are focused on money rewards, the effects of intrinsic motives on engagement become significantly lower.

Which basically means that you are much likely to be happy at your job if you like the work itself, and less likely to enjoy it if you’re just focused on money.

Another great series of experiments conducted by Kathleen Vohs, Nicole Mead and Miranda Goode involved comparing behaviour of individuals primed with money as opposed to the ones primed with neutral concepts. The primed participants have been somehow exposed to money reminders via displaying a tip lying on the table, pictures of dollar bills on the background or solving a word puzzle involving words related to money.

After they have been asked to take part in various experiments: e.g. resolve quite complex math problem, were requested to help other participants solving problems, exposed to a person who suddenly dropped box of pencils on, have a conversation with another participant etc.

The results showed that focusing on money significantly changes people’s behaviour. On one hand it increases their sense of autonomy but on the other it makes them keep a larger physical distance from others.

After being primed with money, individuals work longer before asking for help, but are much less helpful to others, are reluctant to be involved and accept demands from other participants.

So if money award is the main thing that makes you do the work you are currently doing, even without consciously realising it, it makes you more selfish and shapes your behaviour in form that you might not be proud off.

To argue that you are any different from the research participants and can be just driven and be happy long term with large paycheck in the end of the month and big annual bonus does not make much sense. There were now really hundreds of similar studies conducted on large and variable people samples which have proven the opposite.

When you choose your career directed only by salary amount, bonus and social package, while ignoring everything else, you can expect at some point to become less efficient, more selfish and less happy.

And this is not to urge you to downshift and move into a tent on a beach, but really to help you to make a choice if you are just in the beginning of your professional path or if you are one of those people who hate their job and have no other reason staying there than having a salary in the end of the month.

And in case you still doubt about what you should be doing as a job, download my free 20-day course, which will help you to discover it and move in the right direction!

Image is a courtesy of Tax Credits